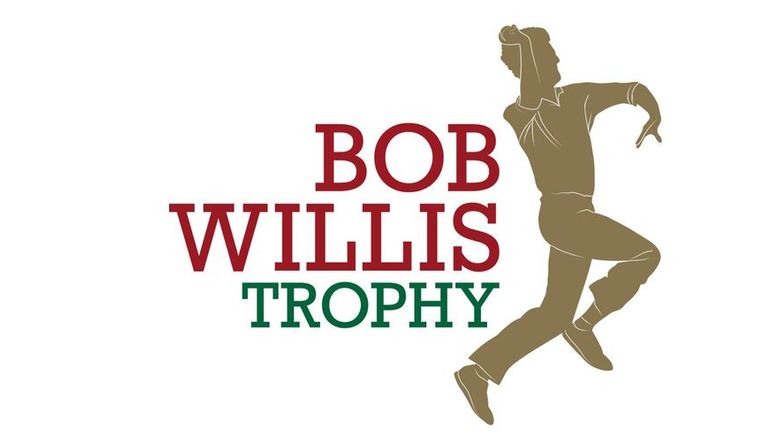 First play second in the final round of the central group of the Bob Willis Trophy with a place within Somerset’s grasp after their resounding win over Gloucestershire last time out.

One thing for certain is that Somerset will see at least one change with Jamie Overton, sadly, having departed for the Oval. On the positive side Lewis Gregory, Dom Bess and Jack Leach are all available so Somerset have a plethora of high-quality bowling options even though both Leach and Gregory are very short of red-ball match fitness. We are all hoping that the ECB, who now have Craig Overton under their wing, and have dictated that he is omitted from the last two T20s, will be available to lead the attack.

Enticingly there is also the prospect that Babar Azam may be available for this game, something Somerset have remained tight-lipped on in the last week but, given the fact he played at Edgbaston in the County Championship last year (the game that was shoe-horned in the middle of the Blast) it would be a surprise if Babar and Somerset were not trying to make it happen.

They are a funny old side Worcestershire. Last season they were very impressive in the RLODC, should have won finals day in the T20 and were woeful in the Championship, finishing bottom but one in division 2. This season they haven’t been able to pick up a T20 win in their first five games, but are right in contention in the Central Group of the Bob Willis Trophy.

Unbeaten in their first four games they find themselves six points behind Somerset and would have gone into this game leading the group but for a result of an over-cautious declaration against Glamorgan at New Road. The Welshmen were seven down at the close still over 200 adrift. That draw was the meat in the sandwich of wins over Gloucestershire (by 7 wickets) and Northants (by 78 runs) before a rain affected draw at home to Warwickshire.

The Worcestershire batting has been very consistent in the BWT this season passing over 400 in there of their first innings so far, the only exception being 219 at Wantage Road which, judging by Somerset’s experience, is probably worth 400. It will be interesting to see how they manage against Somerset’s much-vaunted seam attack and especially whether the absence of Jamie Overton’s extra pace will prove significant.

Many of you who have read this blog and my writing in another place before that will know that I am a big fan of Cornwall’s Jake Libby. He has been at the heart of most of Worcestershire’s big innings this season, clearly revelling in his move from Trent Bridge. The opening partnership with the evergreen Daryl Mitchell has been very important to Worcestershire this season, early breakthroughs are going to be even more important than ever in this game.

The final selection decisions will, apart from the Babar Azam question, be whether either or both of Dom Bess and/or Jack Leach return – presumably for Roleof. Assuming only one plays my predicted XI is: Babar or Byrom, Lammonby, Abell, Hildreth, Bartlett, Davies, Gregory, Overton, Davey, Brooks, Leach.  I’ve seen talk of Hildy being the one to give way if Babar plays but, apart from the heresy of that thought, there have been really promising signs of a return to form. For me Hildreth plays every time.

The reversal of fortunes in the last round for these two sides put Somerset not just at the top of the Central Group but also the standings of the competition. The impact for this game is that Worcestershire need to win to have any chance of qualifying for the final, placing the onus on their groundsman to produce a result wicket. Despite Worcestershire’s improved performance in red-ball cricket this year it is hard to see last year’s 17thplaced county outplaying last season’s 2nd placed team. But this is by far the toughest test of Tom Abell’s side yet.

The picture in all three groups changed dramatically in the last round with so many draws placing Somerset top of the pile overall on 76 points. Derbyshire top the north group with 71 points and Essex top the south with 70 points. Yorkshire, Worcestershire and Kent are currently second in their respective groups and all will harbour serious hopes of winning their last games and topping their groups. Even Middlesex, who travel to Chelmsford, have an outside chance of getting to Lords, but to do that they will need a resounding win over last season’s champions to overhaul the 14-point deficit.

The other key fixtures starting on Sunday are:

Realistically you have to expect Harmershire to come out on top of the South Group and probably gather enough points to overtake Derbyshire for a place in the final. But the latter have exceeded all expectations so far this season and will hope for a positive result against a consistently under par Lancashire at Aigburth, a ground that traditionally produces positive results.

For Somerset, unlike all the other sides, a place in the final is firmly in their own hands. A draw may be enough, but such is the format of this intriguing competition a win is still the only certain way to get to Lords. Expect plenty of maths in the daily reports on the game at New Road as the relative fortunes of all the contenders ebb and flow.

But let’s finish on a positive note. Somerset are the best team in county cricket this season. They have a bowling attack for the ages and are playing the most attractive and aggressive cricket seeking to try to carry out Jason Kerr’s wish to dominate the opposition.

While there is little correlation between the Blast and the BWT the divergence in fortunes in the T20 over the last week may have some significance. Worcestershire’s confidence will have been dented significantly by their four consecutive defeats leaving them anchored at the foot of the Central Group.

As long as we can avoid a cataclysmic batting collapse (!) that puts too much pressure on the bowlers (again) Somerset should have too much for their hosts.

The Draw That’s A Loss That’s A Win

Tom Abell we are so proud of you and your team. Talented, exciting to watch and above all playing this wonderful game the right way.

One man stood between Somerset and their hopes of lifting the Bob Willis Trophy. Sir Alistair Cook batted almost all day for a monumental 172 but Somerset are not out…

The Eddie and Craig Show

The Most Important 12 Minutes of the Season?

That luck of the coin had required Somerset’s young and inexperienced top order to bat on a morning at Lords that was suited to seam bowling. If the roles had…

It is the respective underlying philosophies of the two clubs which to me to set them apart.

That Was The Weekend That Wasn’t

There is no beating about the bush, Somerset’s hopes of progressing beyond the group stage in this season’s Vitality Blast are now hanging by a very thin thread after two…

Back to The Blast – After a Bears Autopsy

It seems hardly fair, given their stellar performance in the last round of the Bob Willis Trophy, that Somerset have to play again so soon and that this is another…