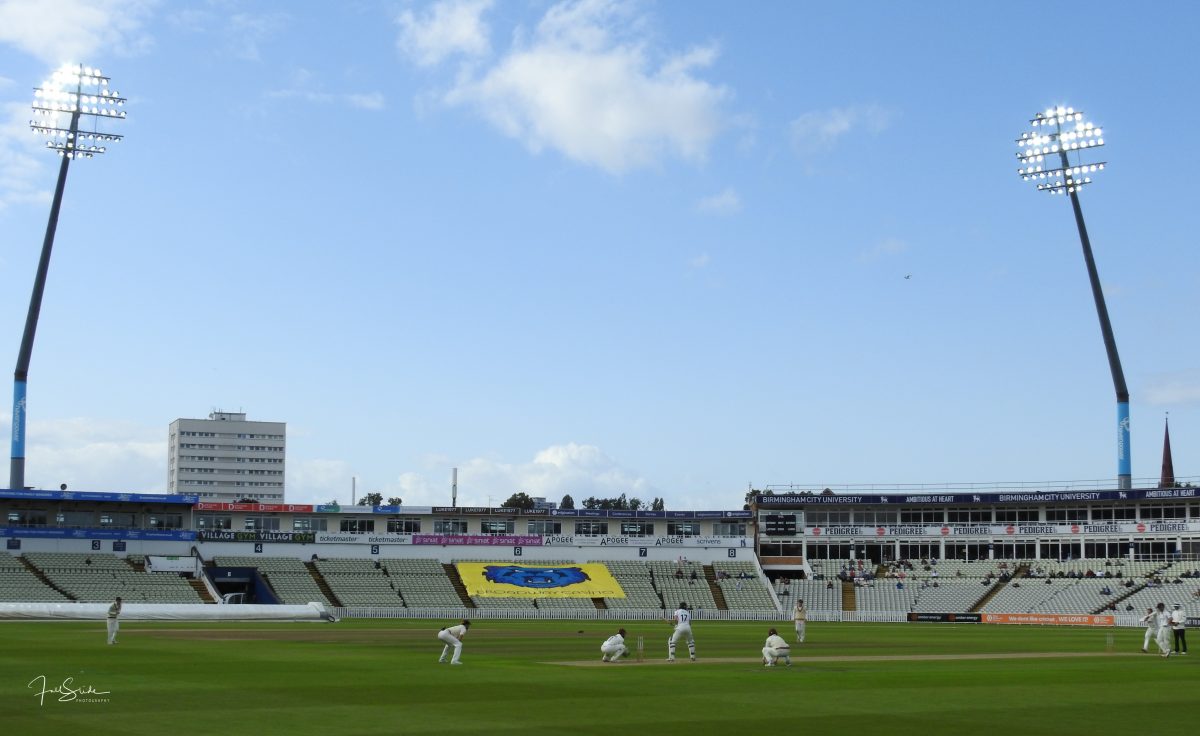 Somerset head to Edgbaston to face as yet winless Warwickshire facing a number of interesting selection decisions while elsewhere, as we reach the midway point of this fascinating competition, this week’s results will see the contenders and also-rans much more clearly identified. Permutations everywhere.

Already, as was inevitable in a competition that runs for five games some teams will be out of contention quite early. Neither Durham, Notts or Surrey will be spending five days at the end of September at Lords having lost their opening two games.

At the other end of the scale there are four teams with 100% records and not surprisingly Somerset would, if the competition finished today, just miss out on a place in the final thanks entirely to their lack of decent batting points. The top two places are held by Essex and Derbyshire with 44 and 42 points respectively. Somerset and Yorkshire both have 40.

The tie of the round is undoubtedly Yorkshire v Derbyshire at Headingley while Lancashire and Leicestershire will hope to pick up their second wins to keep them in contention. Leicester host Durham while Lancashire are at home to Notts at Trent Bridge!!

In the South Essex will hope the hapless version of Sussex turns up in Hove this week as they look to extend their record to three from three. The Sussex groundsman will, I am sure, be ensuring his pitch does not replicate the Harmer-friendly surface Surrey encountered last week but it would be a huge surprise if Sussex were to get much out of this one. Elsewhere in Sussex, at Arundel to be precise, Hampshire, who like Lancashire are excluded from their home by the international bio-bubble regulations, will hope to pick up their second win against Surrey.

Which leaves the “group with no logical geographical distinction”. The battle of the G’s takes place at Cardiff where Glamorgan, who showed some signs of life at Worcester to emerge from a draw face a Bristol lot brimming with confidence after their last-ditch win over Warwickshire. I’m thinking that it will be either a Glamorgan win or a draw, don’t ask me why, just do! Worcestershire, no doubt still smarting from the criticism of their over cautious declaration on the last day, will be expecting to pick up a win at Northampton where the main interest will be what sort of surface they produce this week.

And that leaves us with Somerset who travel to Warwickshire. The Bears have been indulging in an Oliver Hannon-Dalby (“OHD”) love in on social media this week mainly I suspect to cover their poor start and the dispiriting loss at Bristol. Having failed to get past Northants 7th wicket pair in 175 overs in the first round of games to lose in the final embers on Tuesday is pretty hard to take.

With Olly Stone still a doubt the bowling will rely very heavily on OHD and a resurgent Tim Bresnan who is clearly out to prove a point to the powers that be in Leeds. The batting revolves around a fit again Ian Bell and Sam Hain who has still not lived up to the promise of his youth. Somerset’s biggest challenges will be a surface which, if true to form, will start lifeless and get worse and an atmosphere which was described during the Northants as “cathedral-like”.

But even if the surface is pretty flat you would hope that Somerset’s fearsome seam attack can get joy out of it that others haven’t been able to. It seems to be a surface that would suit either of Somerset’s international spinners which, this week has caused growing frustration among the Somerset faithful as Jack Leach continues to kick his heels in the England bio-bubble. Roelof, who played alongside Bess in the corresponding game last season, will have a big role to play.

If you want to relive what happened at Edgbaston last August I’ve linked the relevant posts here:

The selection permutations are numerous with Lewis apparently fit but simplified by George Bartlett’s continued absence.  We have to hope that this is the game where the batsmen find some form. It would be nice to bat first, pick up maximum batting points and then let the bowlers and the scoreboard put pressure on a still inexperienced Warwickshire line up. But this is Somerset and we all know that we don’t make it easy for ourselves.

Bowling – the final decision on Saturday will depend on the relative fitness of Lewis Gregory and Jack Brooks. The latter looked to be slightly hampered by a lower limb problem at Northampton while the former was expected to only miss the one game.

The batting poses significantly more problems and needs attention. I’m torn between wanting the skipper to move back to open and leaving him where he is at three.

I’d prefer Abell to open with Lammonby although that won’t happen as I’m sure the same batting line up will be retained. Many will be surprised that I’d plump for Tom over Eddie but we are about winning this competition and I believe Lammonby is a better long-term bet at the top of the order where my line-up would also provide a left / right combination. Byrom though needs to quickly shed the habit of getting out once he’s done the hard work in the twenties.

Hildreth bats at 4, of course, Banton will continue at 5 and Davies, who continues to be, I believe, much under-rated by Somerset fans at 6. Lewis’s inclusion should add depth to the middle order allowing Craig, Roelof, Jamie and Josh to all drop down one place. What at 8,9,10, 11 that is! I suspect Jack Brooks may not be fit but even if he is a rest / rotation wouldn’t hurt (even though his contributions in the last two weeks have been significant with bat and ball.

As a point of order I’ve not yet listened to Jason Kerr’s Zoom to the Backstage pass group from this morning and even if I had I would respect the terms and conditions of that group which require members to treat the content as confidential.

Finally, a polite request. As many of you will know I’ve created a forum as an adjunct to this site. It is in its early stages still, but my hope is that you will all share your thoughts before during and after the game. I really want to use more supporters’ comments in my writing and the forum is the best place to communicate these to me.

There are two discussion boards up for this game:

Oh …. and of course, we all continue to wonder if this will be Jamie’s last game wearing the wyvern?

The Draw That’s A Loss That’s A Win

Tom Abell we are so proud of you and your team. Talented, exciting to watch and above all playing this wonderful game the right way.

One man stood between Somerset and their hopes of lifting the Bob Willis Trophy. Sir Alistair Cook batted almost all day for a monumental 172 but Somerset are not out…

The Eddie and Craig Show

The Most Important 12 Minutes of the Season?

That luck of the coin had required Somerset’s young and inexperienced top order to bat on a morning at Lords that was suited to seam bowling. If the roles had…

It is the respective underlying philosophies of the two clubs which to me to set them apart.

That Was The Weekend That Wasn’t

There is no beating about the bush, Somerset’s hopes of progressing beyond the group stage in this season’s Vitality Blast are now hanging by a very thin thread after two…

Back to The Blast – After a Bears Autopsy

It seems hardly fair, given their stellar performance in the last round of the Bob Willis Trophy, that Somerset have to play again so soon and that this is another…